On Monday August 16th at 2130 hours Battalion 4 was dispatched to the rear of 1680 Delsea Drive (old Cattell Pit) for a rubbish fire.  Squad 921, the duty piece for the township, responded and was advised by the communications center that the Deptford Police were reporting solar panels on fire and were requesting the brush truck out of the Tacoma Boulevard Station.  Squad 921’s officer had the brush truck dispatched.  Squad 921 arrived on location and investigated finding a solar panel farm being constructed and that numerous solar panels were on fire within the field.  Brush 925 and was detailed to the solar farm which was approximately 300 feet off the roadway.  A cyclone fence was cut to make access for the brush truck and on entry into the solar panel field, it was found that numerous fires inside the field.  Solar panels were still in their shipping boxes and that there were 7 different fires.  The crew from 921 and 925 started suppression using  the forestry line and a Foam Pro due to the nature of the contents of the boxes and that none of the panels were energized.  The largest of the fires were extinguished the the brush truck was refilled by Engine 943 and then returned and completed  the suppression of all of the fires.  The fire is under investigation by the Deptford Fire Marshal’s Office and the Deptford Police Department.  The Gloucester County Hazmat Assessment Team was summoned to the scene to make a determination if the incident was a hazmat incident. 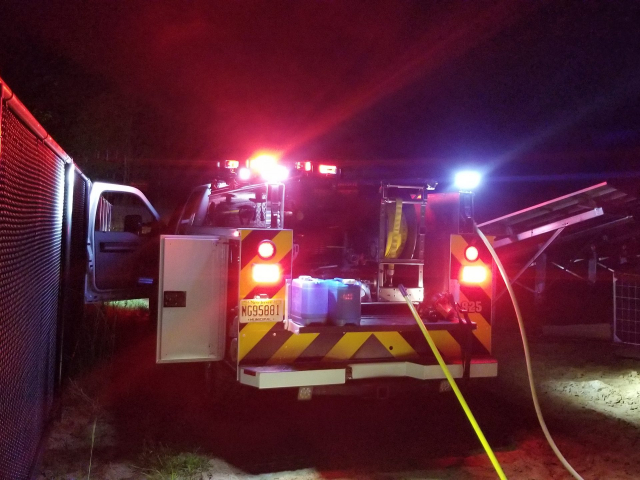 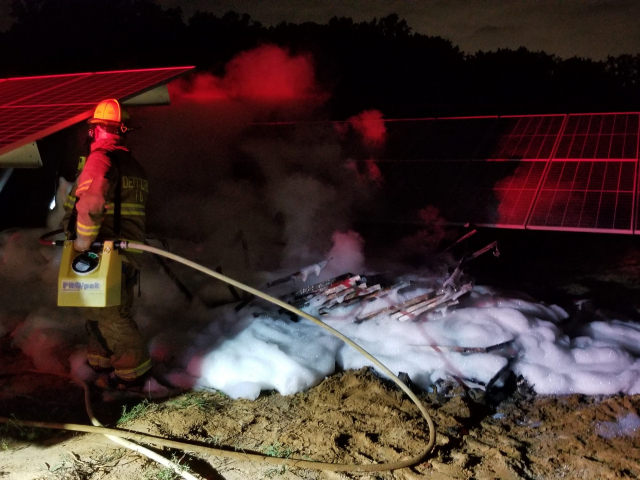 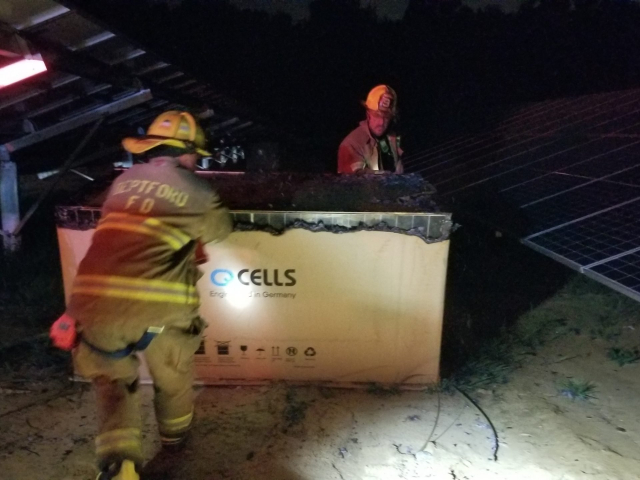